On January 18th, shortly before 9:00 a.m., a Yamhill County citizen located a suspicious object near the entrance to Stuart Grenfell Park, which is located at the intersection of Highway 18 and Harmony Road in rural Sheridan. The property owner promptly called law enforcement.

On January 19th the remains were confirmed to be that of an adult female. The female was later identified as 31-yr old Mariah Diane Lindgren. The last known address for Lindgren is Humbolt County, California. Lindgren was known to have been in the Grand Ronde and Willamina areas for the past few weeks.

Anyone who may have had contact with Lindgren or noted any suspicious activity in the area of Stuart Grenfell Park on or around January 18th is encouraged to contact the Yamhill County Sheriff’s Office at 503-434-7506.  Please reference case number 21-071.

The Yamhill County Sheriff’s Office was assisted with the investigation by the Oregon State Police and the West Valley Fire District. 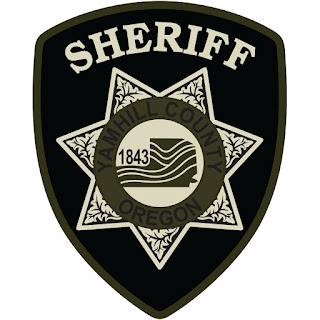