MAN ARRESTED FOR MURDERING HIS STEPFATHER

On Friday, January 22, 2021, at 12:49 a.m., Washington County Sheriff’s Office deputies responded to a welfare check in the 16100 block of NW Canterwood Way in Bethany. A woman called 911 to report a man at the home had been killed by a family member.

Deputies arrived and found 91-year-old Gilbert Gutjahr injured inside the home. They immediately began life-saving efforts, but Mr. Gutjahr was pronounced dead at the scene.

Detectives from the Violent Crimes Unit responded and identified 31-year-old Jacob Nebeker of Wilsonville as the suspect. Mr. Nebeker, who is Mr. Gutjahr’s stepson, was arrested at the scene and lodged into jail for one count of murder in the second degree. He is being held without bail.

The Oregon State Crime Lab helped process evidence at the scene. No additional information is being released at this time. If you have information about Mr. Nebeker, please call the Sheriff’s Office at 503-846-2700. 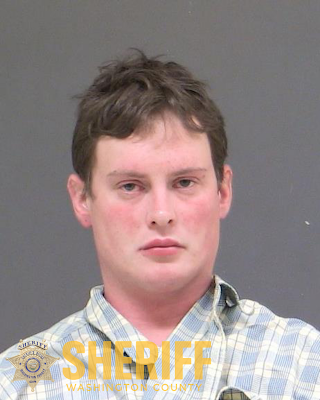