On January 15, 2021, at approximately 5:52 pm, Lincoln County Sheriff’s Office Dispatch received a 911 call reporting a stabbing that occurred on E Little Albany Loop, Tidewater, Oregon. The reporting party told Dispatch the victim was able to get away from the suspect and seek help from a neighbor. Dispatch received multiple calls during the response including one reporting the suspect’s location.

Lincoln County Sheriff’s deputies responded to the scene and detained Branden Michael Gross, 29, of Tidewater. After Mr. Gross was detained and the scene was secured, medics with Pacific West Ambulance and Central Oregon Coast Fire/Rescue assessed the adult female victim. The victim sustained multiple stab wounds in the midsection which were determined to be non-life-threatening. She was transported to Samaritan Pacific Communities Hospital.

Mr. Gross was located at a nearby residence and arrested for the crimes of Burglary in the first degree, Unlawful Use of a Weapon and Assault in the second degree with a total bail set at $300,000. He was transported and lodged at the Lincoln County Jail. Investigation revealed the suspect was unknown to the victim. It was reported that Mr. Gross suffers from mental health issues. 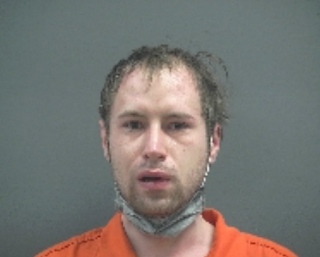