The motorcyclist turned around, and while attempting to flee again, drove into an LCPD patrol vehicle causing minor damage before running into another parked vehicle in the same parking lot. The impact with the parked vehicle disabled the motorcycle and caused significant damage to the parked vehicle. The suspect driver abandoned his motorcycle and began running away on foot, but only made it a short distance before a TASER was deployed and the suspect was taken into custody. There were no reported injuries during this incident.

The suspect was subsequently identified as 39-year-old Jeremy Lee Boone, of Chico, CA. During the incident investigation officers observed indicators of Boone being under the influence of intoxicants. He was transported to the Lincoln City Police Department where tests showed his blood alcohol content to be over two times the legal limit for operating a vehicle.

Boone was transported to the Lincoln County Jail where he was lodged on charges of Elude Police by Vehicle x3, Elude Police by Foot, Felony DUII, Reckless Driving, Hit & Run x2, Interfering with Police, and Criminal Mischief II x2. His bail was set at $305,000.00. 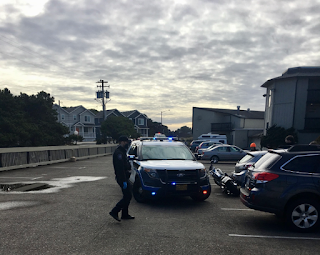