On Saturday, February 20, 2021, at 7:37 p.m., Washington County Sheriff’s Office deputies responded to a report of an injured pedestrian near SW Clark Hill Rd. and SW Tile Flat Rd. in unincorporated Beaverton. A motorist driving in the area noticed there was a man lying near the roadway and stopped to check on him. Witnesses found that the male was gravely injured and that it appeared he had been hit by a car.

When deputies arrived, they confirmed that 86-year-old Donald Ray Harvey, who lived in Beaverton, was deceased. Based on evidence found in the roadway, it appeared that Mr. Harvey was walking on SW Clark Hill Rd. when he was hit by a metallic gold 2004-2009 Lexus RX330 or RX400.

Later in the evening, deputies identified the driver and recovered the involved vehicle.

Mr. Harvey’s family was notified of his death. The Washington County Crash Analysis Reconstruction Team (CART) responded to the scene and is leading the investigation. 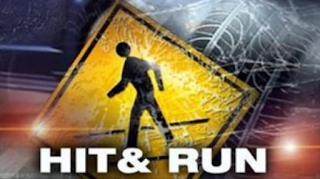