On Tuesday, February 23rd, 2021 at approximately 5:16 P.M. Roseburg Police and Roseburg Firefighters responded to a reported vehicle versus electric scooter collision in the 2400 block of NE Stephens in Roseburg.

An investigation into the incident found an adult male was riding a stand up electric scooter southbound in the dedicated bicycle lane on the east side of the road.  A vehicle was exiting a parking lot on the east side of NE Stephens, preparing to turn north on Stephens.  As the car turned, the scooter tried stopping, but the male was ejected over the handlebars of the scooter, and he got stuck under the vehicle.  Roseburg Fire personnel were able to extricate the male from under the vehicle and he was transported to Mercy with life-threatening injuries.  The male later died of his injuries while at Mercy.

The driver of the vehicle is a Sutherlin resident, and the male on the scooter is a Roseburg resident.  The identification of the male is being withheld at this time until next of kin can be notified.

The investigation is ongoing, but at this time there are no indications that impairment was a factor in this incident.  Stephens was briefly reduced to southbound traffic only, and was later opened to one northbound lane.  The roadway was cleared and opened for regular traffic around 7:00 P.M. 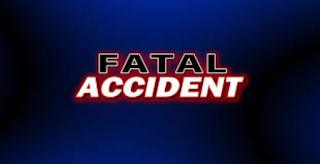