ITS BEEN 26 YEARS SINCE HE DISAPPEARED" - CAN YOU HELP SOLVE THIS CASE?

“It has been 26 years since he disappeared. Someone out there has information; and we just need them to come forward to help us bring a sense of peace to his family,” Detective Kevin Dodds remarked about the case.

On February 12, 1995, Curtis Dale Hill was reported missing to the Douglas County Sheriff’s Office.  An extensive investigation was conducted into Hill’s disappearance; however, he has never been located and the circumstances of his disappearance remain limited.

“The Sheriff’s Office never closes a missing person case where the person has not been located. The cases remain open and are periodically reviewed and efforts to glean additional information are made,” Sgt. Brad O’Dell said.

In 2009, the case was re-opened by the Cold Case Squad; a former division of the Sheriff’s Office made up of retired law enforcement officers who volunteered their time reviewing cases. At that time, the investigators re-interviewed friends and family but were unable to turn up any viable leads.

Work on the case was again conducted in 2011 and 2012 by the Detectives Division. The Sheriff’s Office is again combing over the investigative files and seeking assistance from the public.

Anyone with information on the whereabouts of Curtis Dale Hill or the circumstances surrounding his disappearance is asked to call the DCSO Detectives Tip Line at (541) 957-2099 or send an email to dcso.pio@co.douglas.or.us referencing Case #95-0845. 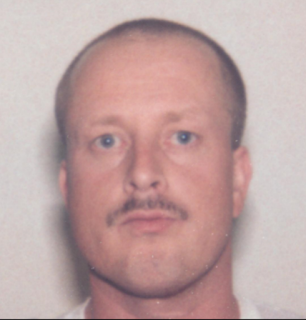