According to court documents, on April 24, 2018, Berrios was riding in a vehicle when it was stopped for a traffic violation by a Malheur County Sheriff’s Office deputy. Berrios was seated in the vehicle with a backpack on the floor between his legs and a gun holster between his left leg and the vehicle’s center console. After determining that Berrios had an outstanding felony arrest warrant and the driver did not have a license or insurance, the deputy called for a tow truck and began impounding the vehicle. An Ontario Police Officer on scene identified Berrios as a suspect in a recent firearm theft. The deputy searched Berrios’ backpack and found a .45 caliber firearm and approximately eight ounces of methamphetamine.

On June 19, 2019, a federal grand jury in Eugene returned a two-count indictment charging Berrios. On January 23, 2020, he pleaded guilty to possessing with intent to distribute methamphetamine.

This case was investigated by the Malheur County Sheriff’s Office, Ontario Police Department, and Bureau of Alcohol, Tobacco, Firearms, and Explosives (ATF). It was prosecuted by Pamela Paaso, Assistant U.S. Attorney for the District of Oregon. 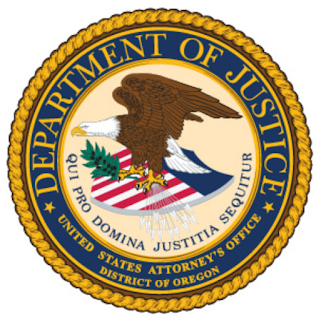