In June of 2020, The McMinnville Police Department’s Detective Section received information from the Oregon Department of Justice regarding a “cybertip” they received from the National Center for Missing and Exploited Children (NCMEC). The cybertip contained information about someone uploading sexually explicit images of children by means of an internet file hosting service.

Detective Rudolph (since promoted to Patrol Corporal) conducted the overall investigation, which involved obtaining a search warrant for a specific residence in McMinnville. During the service of the search warrant, various electronic devices and other items of evidence were seized. Certain electronic devices were later analyzed with assistance from the electronic forensic analysists at the Newberg-Dundee Police Department and the devices were found to contain several thousand images of concern.

The overall case was submitted to the Yamhill County District Attorney’s Office for review and an arrest warrant was eventually issued. On February 10th, 2021, 21-year old Dylan V. Boggs of McMinnville was arrested on the warrant and was lodged at the Yamhill County Correctional Facility on the following charges:

Any requests for additional information about this case should be directed to the Yamhill County District Attorney’s office.

The National Center for Missing and Exploited Children (NCMEC) is a private, non-profit corporation whose mission is to help find missing children, reduce child sexual exploitation, and prevent child victimization. They are a collection point for information relating to child exploitation and they forward the information they receive to appropriate law enforcement agencies for further investigation. They also provide useful information and resources to parents of exploited children, as well as information about what signs or indicators parents should look for and information about how parents can prevent their child from being exploited.

Anyone wanting to report child exploitation should contact their local law enforcement agency; or you can contact NCMEC through their “Cybertip” hotline at 1-800-THE-LOST (800-843-5678), or through their online reporting system at CyberTipline.org. 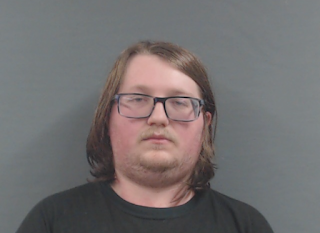