On Monday, February 22nd, 2021 at approximately 2:57 P.M., the Douglas County 911 center received numerous calls regarding a shooting in the 1000 block of NE Stephens Street in Roseburg.  Initial reports were that a male shot several people at that location.  Police Officers from the Roseburg Police Department, Douglas County Sheriff’s Office, and Oregon State Police responded to the scene.  Emergency personnel from the Roseburg Fire Department and ambulance services also responded to the scene.

One of the reporting parties was an off duty Roseburg Police Sergeant who happened to be at a business across the street from the shooting.  That Sergeant stayed in contact with Dispatch personnel and on duty officers to apprise them of information regarding the suspect’s movement and actions.   Approximately 2 minutes from the start of the incident, the suspect crossed the road into the Ok’s Auto Supply parking lot and the off duty officer tackled the suspect to the ground.  The suspect was restrained until on duty officers arrived and took him into custody.

The suspect, 33 year old Devin Lee McNamara of Roseburg was treated at Mercy and was later lodged at Douglas County Corrections on the charges of Murder II and two counts of Assault in the First Degree.  The Douglas County Major Crimes Team was activated and is continuing this investigation.  Names of the victims are not being released at this time until next of kin can be notified. 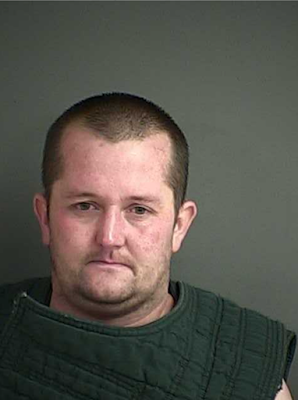