On February 2, 2021 at around 9:00 am, the Grants Pass Department of Public Safety (GPDPS) received a report of an unarmed robbery which occurred in the parking lot of Umpqua Bank, 117 NE F St. The suspect pushed the 73-year-old victim and stole money from his hand. Fortunately, the victim was not injured during this incident. Numerous officers responded to the scene but were unable to locate the suspect at that time.

Later that morning, GPDPS received numerous reports of thefts from motor vehicles and burglaries which occurred on Scoville Rd and NE Scenic Dr. Several officers responded to investigate the crimes that occurred at five properties in the area. During the course of the investigation, it was determined the suspect unlawfully entered two residences, one outbuilding, and at least five vehicles, committing thefts at most locations. The suspect also stole a vehilce from one property, but abandoned it after getting it stuck.

After reviewing surveillance videos and other evidence recovered from the crime scenes, officers discovered the suspect in the robbery was also responsible for the thefts and burglaries. The suspect was identifed as 39-year-old Michael Gemar-Rickards of Washington. 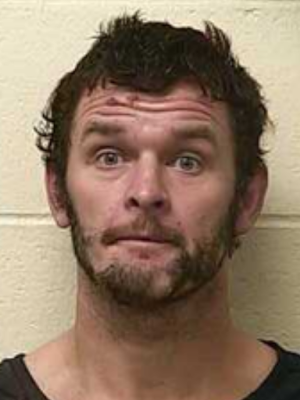