On Thursday, March 11, 2021 at 11:38 am, the Grants Pass Department of Public Safety received multiple 911 calls reporting a disturbance at 1414 Parkdale Dr in which a female was thrown to the ground and assaulted by a male subject. Additionally, the male was reported to be trying to gouge out the female's eyeballs.

When officers arrived on scene, the disturbance appeared to be over and the male suspect, identified as Anthony Paris Alberts, was standing outside. Officers quickly determined they had probable cause that an assault had occurred and told Alberts he was under arrest. Alberts responded by locking himself inside the residence and refusing to come out.

Upon further investigation, officers learned that Alberts had attacked the victim, who was a friend of his mother's, in the driveway.  Alberts picked up the 63-year-old woman and slammed her into the ground before striking her and trying to gouge her eyes out with his fingers, all while threatening to kill her. Based upon additional information obtained, officers believed Alberts was suffering from a mental health crisis. Numerous officers and detectives responded to assist in the investigation. The victim sustained serious physical injuries and was transported by AMR Ambulance to Three Rivers Medical Center for treatment.

Due to the nature of the incident, the GPDPS Crisis Negotiations Team (CNT) and Special Weapons and Tactics (SWAT) Team were requested, along with a mental health consultant from Options for Southern Oregon. Disturbances involving a person in crisis can be volatile in nature and create added risks for the individual, law enforcement and the public. The Grants Pass Department of Public Safety takes these types of incidents seriously and treats them with an abundance of caution. For the past several years, Options has partnered with GPDPS to provide both a Mobile Crisis Unit and mental health consultants for CNT.

Over the next two hours, negotiatiors attempted to de-escalate the situation and encourage Alberts to come out of the residence but he refused to communicate. Around 2 pm, Alberts tried to escape out the back door of the residence, where he was met by Police K9 Maro and his handler. Alberts was bit by the K9 but continued to resist and another officer deployed his Taser. Alberts was eventually taken into custody by additional officers on scene.

Alberts was transported by AMR Ambulance to Three Rivers Medical Center for evaluation. He was later lodged at the Josephine County Jail on the listed charges.

Parkdale Drive was shut down for several hours during this incident and we would like to thank the public for their patience as we resolved this matter.

Assault in the 2nd Degree

Escape in the 3rd Degree 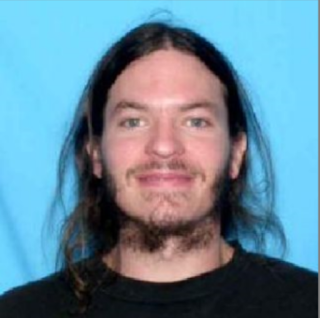