On March 11, 2021, at 2:00 am, 911 dispatchers received a report of a single vehicle crash in the 300-block of Rock Creek Road. When deputies arrived, they located a 2004 Toyota Tacoma approximately 40 feet off of the roadway and on its side.

The driver, 30 year-old Kandra Lace Stonesifer of Glide, was pronounced deceased at the scene. The passenger, 32 year-old Lora Jo Stonesifer also of Glide, sustained significant injuries and was transported to the hospital. She was later treated and released at Mercy Medical Center.

Kandra was not wearing her seatbelt at the time of the crash. Lora was properly restrained in the vehicle. Alcohol is believed to be a factor.

Anyone with information is asked to contact the Douglas County Sheriff's Office at 541-440-4471 referencing case number 21-1158. 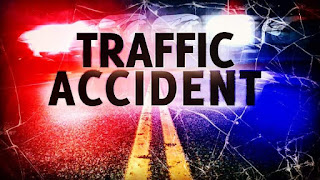