Over the course of several days leading up to the traffic stop and subsequent officer involved shooting, Springfield Police Detectives had been in several coastal towns searching for Ruozi.

On March 9, 2021, at approximately 5:43 p.m. law enforcement conducted a traffic stop. During the course of the traffic stop, Ruozi became hostile and it became apparent he was armed. Negotiators attempted to de-escalate the situation for several hours without success. At 10:44 p.m., shots were fired at the scene.

Any additional details related to this incident will be released by the Douglas County Major Crimes Team through the Roseburg Police Department.

Negotiators with the Douglas County Sheriff's Office Crisis Negotiations Team negotiated with the armed suspect in the vehicle attempting to de-escalate the situation for several hours. At 10:44 p.m., shots were fired at the scene. The suspect, whose name is being withheld at this time, was pronounced deceased by EMS personnel.

The Douglas County Major Crimes Team was activated for the investigation. Further details will be released in an updated release. 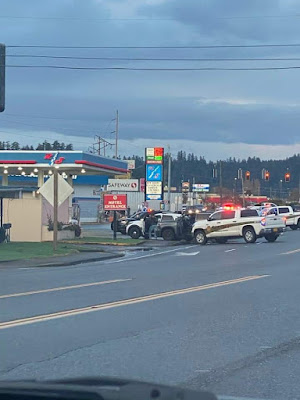