MAN ARRESTED AFTER SHOOTING AT HALLUCINATIONS

Salem, Ore. — On March 9, 2021, at approximately 3:00 p.m. Salem Police officers responded to the 900 block of Norway ST NE on reports of a man shooting a gun in the backyard of a residence. The man then left the area in a vehicle. Officers located the vehicle and detained the man, Martin Abrego, age 27 of Salem.

While on-scene, officers noticed the smell of natural gas near the residence. They cordoned off the area and asked for assistance from the Salem Fire Department. Once fire fighters arrived, the gas to the residence was turned off and the residence and surrounding property were checked for injured people. No injured people were found.

Detectives responded to the location to assist with interviews and evidence collection. Eventually it was determined Abrego was possibly under the influence of narcotics and hallucinating. He believed he was being attacked and shot at the hallucinations, striking the residence’s natural gas meter in the process.

Abrego was taken to Salem Health for treatment of his condition. He was charged with the following crimes:

The Salem Police Department would like to the thank the neighbors who called in so quickly with concise and accurate information enabling officers to locate Abrego quickly. 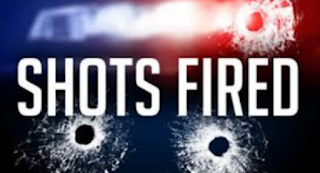