Man Arrested at W. 10th/Lincoln for Online Sexual Corruption of a Child

On March 24, 2021, James Alan Haynes, age 23, agreed to meet with a 15-year-old female, who was actually a Eugene Police Department detective investigating online crimes against children. Haynes sent sexually explicit images and videos to the juvenile (detective). He arranged to meet the juvenile near W. 10th and Lincoln, describing sexual acts he wanted to commit with the juvenile and saying he would bring methamphetamine.

When contacted at W. 10th and Lincoln, Haynes was physically uncooperative but was ultimately handcuffed by uniformed patrol officers and detectives. He repeatedly kicked at the door of the marked patrol vehicle while in custody and a flexible restraint device was used to reduce the risk of injury to Haynes, assault on officers, and further damage to the patrol car. At one point, Haynes kicked the patrol car door into a detective, resulting in an additional charge of Harassment.

Haynes was lodged at the Lane County for Online Sexual Corruption of a Child, Criminal Mischief in the First Degree (damage to the patrol car), Resisting Arrest, and Harassment. 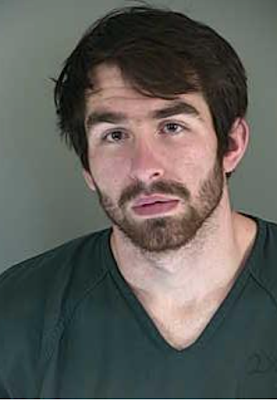