On Friday, March 12, 2021 at 1:59 P.M., Oregon State Police Dispatch received a report of a wrong way driver on Interstate 84 near milepost 342. The reporting party saw a silver sedan driving westbound in the eastbound lanes.

Troopers responded to the area in an attempt to locate the wrong way driver.

At 2:04 P.M., a Senior Trooper located the wrong way driver just prior to colliding with it eastbound on Interstate 84 at milepost 327.

The driver of the suspect sustained minor injuries and was transported to the hospital for treatment and evaluation.

The Senior Trooper was evaluated at the hospital and was released.

The suspect was arrested on charges of Attempted Assault II, Reckless Driving and Reckless Endangerment and lodged at the Baker County Jail.

OSP was assisted by the Baker County Sheriff’s Office, Oregon Department of Transportation and the Baker City Ambulance Medical Personnel. 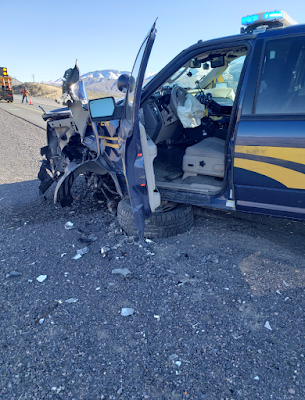 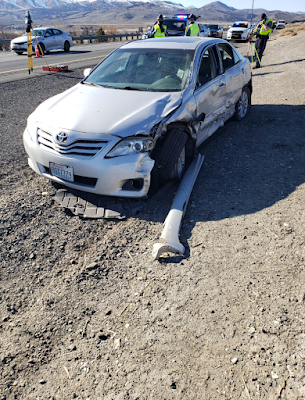