Correction:  The original release provided conflicting information with regards to the pedestrians medical status.  Tragically after being hospitalized since March 15th, they died as a result of their injuries earlier today, March 17th.

On Monday, March 15th, 2021, at 2:13 p.m., deputies responded to Silverton Road NE at Brown Road NE where a pedestrian was reported to have been struck by a vehicle.  As first responders arrived on scene, the 50 year-old pedestrian was found in the roadway with serious injuries.  Medics from the Marion County Fire District transported the pedestrian to a local hospital.

Investigators from the Marion County Multi-Agency Crash Team responded to the scene to investigate.  Preliminary information leads investigators to believe the pedestrian was crossing Silverton Road when they were struck by a 2005 Chevrolet Silverado which was turning west onto Silverton Road from Brown Road NE.

The pedestrian has been identified as Christian Kennedy, a 50-year-old man from Salem.  Kennedy remains hospitalized in critical condition.  Tragically, the pedestrian did not survive the incident, succumbing to their injuries earlier today, on March 17th, 2021.

The driver of the 2005 Chevrolet Silverado remained at the scene and was not injured during the collision.  The investigation into the crash is ongoing at this time, no further information is available for release. 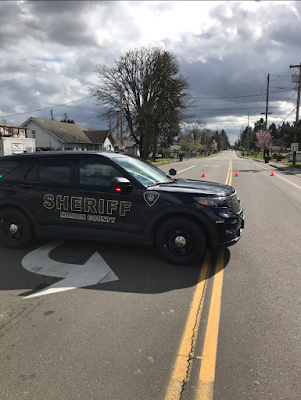