On March 18, 2021, Detectives with the Grants Pass Department of Public Safety (GPDPS) and Oregon State Police (OSP) arrested 42-year-old David Manning Koger on 12 counts of felony sex crimes. Koger, a registered sex offender, is reported to have subjected the victims to sexual contact on multiple occasions. Both victims were under 12 years of age at the time of the incidents.

This investigation began in February 2021 with a report to GPDPS of sex offenses which occurred between 2013-2015. OSP became involved when it was discovered the incidents had occurred both in and outside the city limits of Grants Pass. Detectives were also assisted by the Children’s Advocacy Center, Department of Human Services, and Josephine County Community Corrections. Koger was lodged at the Josephine County Jail on all charges.

Anyone with information about this case, or an incident of a similar nature, is encouraged to contact Det. John Lohrfink with GPDPS at 541-450-6260, reference case 21-07285. 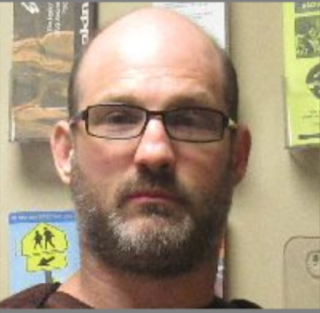