On April 30, 2021, at about 7:23 p.m., deputies with the Deschutes County Sheriff’s Office were dispatched to a single vehicle crash on USFS Road 1815 near China Hat Rd.  Responding deputies arrived and found a Black 2004 Toyota pickup truck on its side after apparently rolling over several times.

The initial investigation determined the vehicle was northbound on USFS Road 1815 at a high rate of speed for the conditions.  The driver lost control of the vehicle as it fishtailed and then rolled over several times.

All the families of the involved juveniles have been notified.  The driver of the pickup was cited for one count of Reckless Driving and 4 counts of Recklessly Endangering Another Person. 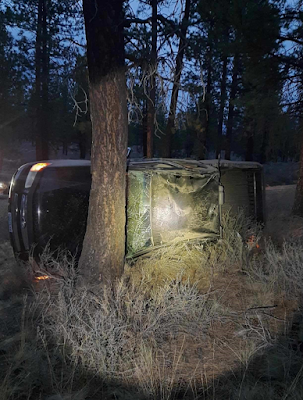 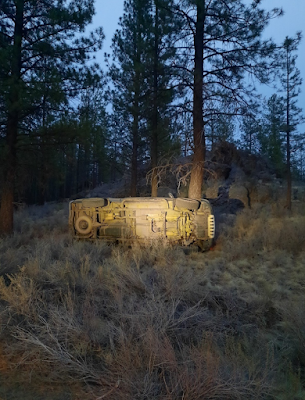