On the evening of April 26th, 2021, a vigil was being held for 22-year-old, Alejandro Barajas at the 17400 BLK of SE Stark ST. Less then 24 hours prior, Barajas was killed by gunfire at this location.

At approximately 11:30 p.m., a dark SUV drove past the vigil where many were in attendance. At this point, gunfire was exchanged between the occupants of the dark SUV and members of the crowd. As a result, 7 people were injured by gunfire. The SUV was last seen traveling west on SE Stark ST. The suspects are currently at large.

In the meantime, the victims were transported to local area hospitals and are expected to survive. This investigation is on-going. If you or anyone you know have information about this incident, you are encouraged to contact Gresham Police. 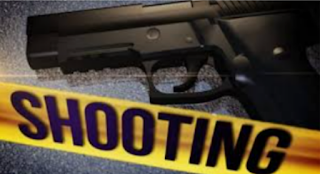