On 04/26/21 at about 9:00pm, Deputies received a report of a suspicious male, later identified as 51 year old Terry Albert Conner, attempting to pay for gas with multiple credit cards at the Jasper Store.  The caller reported that Conner then left without paying for the gas and provided a license plate for Conner’s car, which returned as stolen out of Multnomah County. Deputies were in the area and located the vehicle on Jasper Park Road, at which point they attempted a traffic stop.  Conner refused to stop and drove off at high speed, during which time he drove through residential yards and crashed through fencing.

Deputies pursued Conner back onto Parkway Road to Jasper Road. Springfield Police use Spike Strips at Jasper Road and Bob Straub Parkway that safely deflated one of the stolen vehicles tires.  Conner continued to refuse to stop and accelerated towards Main Street in Springfield.  As the pursuit continued, Conner stopped the stolen vehicle near other stopped motorists at two different locations and began to exit the vehicle as though he was going to try and take (car jack) the other motorist’s car.  As deputies saw this they aggressively moved up to Conner, at which point he sped away and continued the pursuit.  Based on this behavior, when Deputies had an opportunity to safely do so, they used their vehicles to push the stolen vehicle Conner was operating off the road and pin him in, effectively stopping the pursuit.  Conner initially refused to exit the now stopped vehicle, however was eventually taken into custody.

In addition to a Federal Warrant for Counterfeiting, Conner was lodged at the Lane County Jail on new  charges of: Attempting to Elude a Police Officer, Failure to Perform Duties of a Driver, Possession of a Stolen Vehicle, Reckless Endangering x5, Criminal Mischief 1 x4, Criminal Mischief 2, False Information to a Police Officer, Reckless Driving, Theft of Services, and Theft 2. 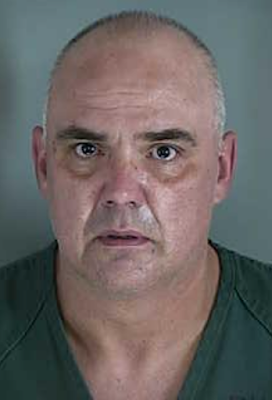