Reed Knox Christensen, 62, of Hillsboro, is charged with federal offenses that include forcibly assaulting, resisting, impeding or interfering with law enforcement; engaging in an act of physical violence in a Capitol building; and entering or remaining on restricted grounds without lawful authority, among other charges. Christensen made his initial court appearance in the District of Oregon this afternoon.

According to court documents, Christensen was on the Lower West Terrace of the Capitol grounds where U.S. Capitol Police (USCP) were protecting the building from rioters. Surveillance and body worn camera (BWC) footage shows Christensen striking and pushing officers and initiating the aggressive removal of metal bike rack barriers. At approximately 2:20 p.m., Christensen tried to breach the barrier when a Metropolitan Police Department Officer (MPD) sprayed him with a chemical irritant. Despite the spray to his face, Christensen charged through the perimeter, away from officers, and struck a USCP officer with his fists.

The case is being investigated by the FBI’s Washington Field Office, who listed Christensen as #191 on their seeking information photos, as well as the MPD with significant assistance provided by the FBI’s Portland Field Office. Christensen was one of the 10 assaults featured in FBI seeking information videos released in March, and he’s the first one of those 10 to be arrested

In the first 100 days after Jan. 6, 2021, over 400 individuals have been charged with crimes related to the Capitol breach, including over 100 individuals charged with assaulting or impeding law enforcement.  The investigation remains ongoing. 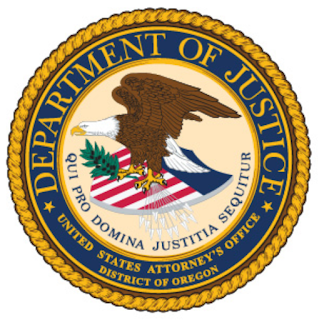