On 4/27/20201 at 12:05pm the Lane County Sheriff’s Office was called to the 1300 block of N. Park Avenue in Eugene for the report that a male, identified as 48 year old Daniel Wayne Wilkinson of Eugene, had killed a family dog during a mental health crisis.  It was reported by family members that Wilkinson was making delusional comments, shot the dog, and then barricaded himself in a bedroom when confronted by family.  Wilkinson was reported to have several firearms inside the bedroom.  Wilkinson was further reported to have a violent history while armed with a firearm.

Deputies arrived on scene and learned that there was no home phone, Wilkinson did not have a cell phone, and there was no way to contact him without putting themselves in danger. An armor rescue vehicle was called to the scene to utilize the loudspeaker and establish communication with Wilkinson.

Kelly Middle School was one block to the north. Contact was made with the school and surrounding residence advising them of the possible threat.

With the aid of that Rescue vehicle’s loudspeaker deputies were able to convince Wilkinson to surrender peacefully to law enforcement. Several firearms were recovered at the scene.  He was taken into custody at 1:34 pm and lodged at the Lane County Jail for the crimes of Unlawful Use of a Weapon and Animal Abuse-1.

There is no ongoing threat to the public at this time. 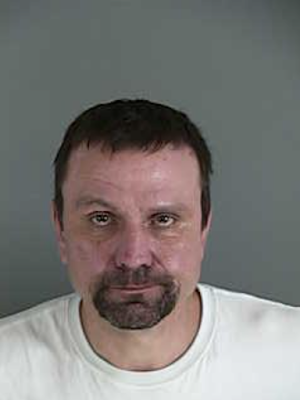