On May 29th, 2021, at about 1957 hours, Medford Police Officers were dispatched to a report of a person down in the parking lot of Weldon’s Cleaners, 644 Crater Lake Avenue. An officer arrived on scene and found a male suffering from a gunshot wound to the body. He was transported by ambulance to a hospital where he died shortly thereafter.

Detectives assumed the investigation and determined the victim had been inside the business when he got into a verbal dispute with another male. The other male left and came back minutes later in a black SUV. The victim approached the SUV in the parking lot, and victim was shot from the male seated in the vehicle. The vehicle then fled the scene.

Officers later located the vehicle in the 500 block of Mary Street, unoccupied. The vehicle was then linked to a nearby residence, which officers surrounded. The suspect was identified as Lorenzo Fisher, 45 years old. (Pictured Below) Detectives obtained a search warrant for the residence, and for officer safety reasons, called his cell phone prior to making entry.

The suspect indicated he was not home, and agreed to turn himself in to police in Josephine County. At 2:26 a.m., Fisher was taken into custody by law enforcement in Josephine County and turned over to Medford Police Detectives. He was interviewed and lodged in jail. He was lodged for Murder, Felon in Possession of a Firearm, and Unlawful Use of a Weapon.

A search of the suspect’s residence yielded a handgun, believed to be used in the homicide. The investigation revealed the suspect and victim did not know each other prior to the dispute.

The victim was identified as Houze, Robert Douglas, 45 years old. Next of kin have been identified. 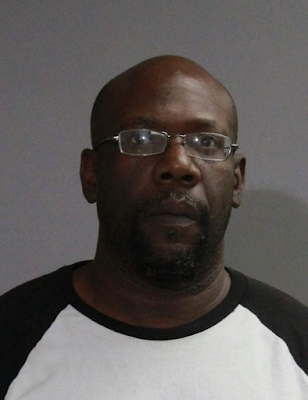